Understand The Guide Of Evolution of Architectural Working Drawings 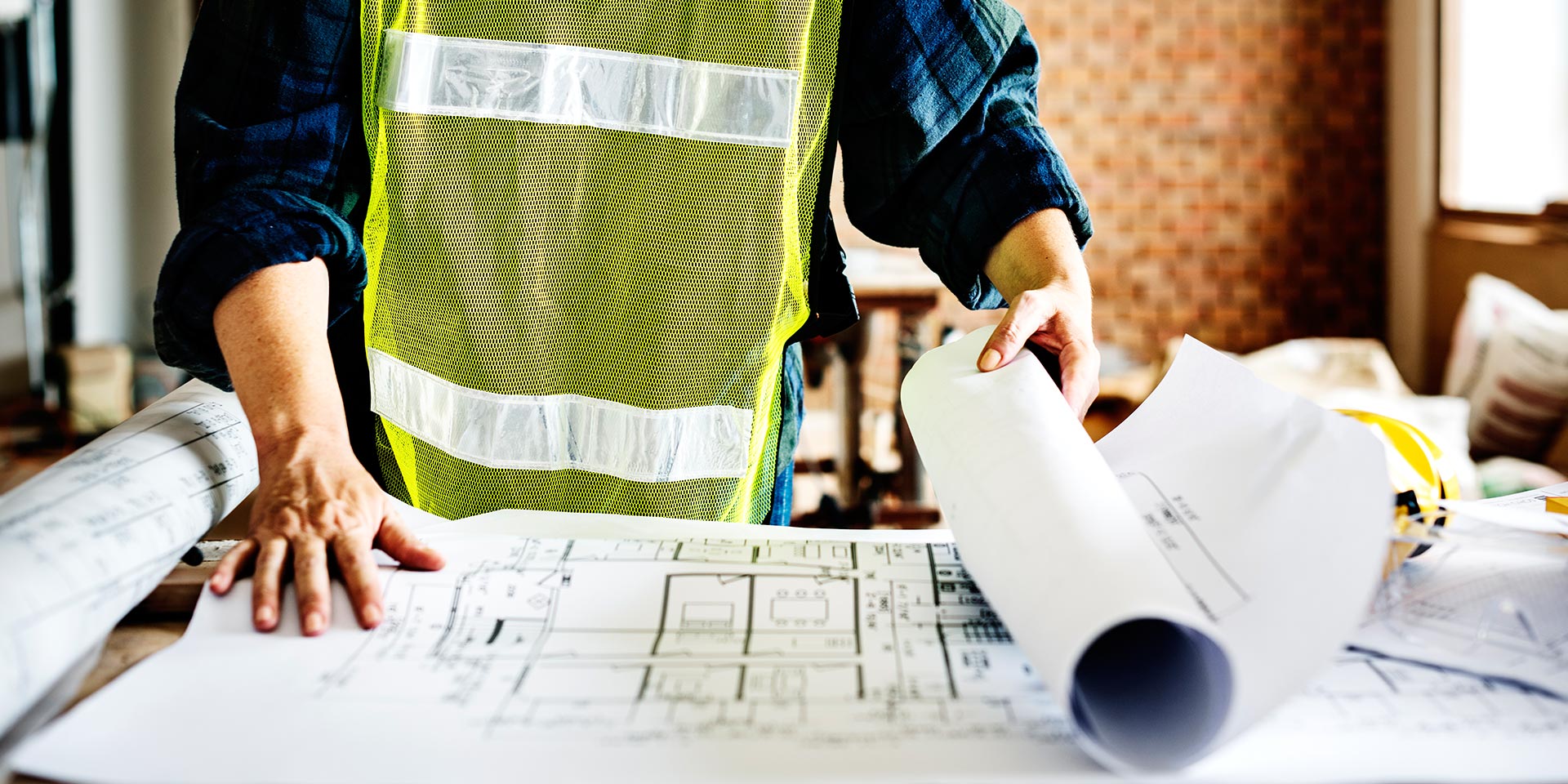 A few days ago, I visited the architecture visualization and design company owned by a friend of mine from college. As I knew, he was a great architectural and graphic designer who can suggest as well as show me the best designs for my new home.

We had a discussion last week and I asked him to provide me with the best architectural designs suiting at best for ambience and location. He then mentioned something about 3D architectural visualisations and I didn’t try to ask him about the term because he was already in a hurry.

After a 4 minute conversation on a mobile phone, he shared the address of his company with me and asked me to visit in two days because he was out of the station at that time.

I visited him two days later and when I entered the office, I was shocked to see that no one was holding even a notebook, drawing sheet or a pen. I had my doubts about finding myself in the wrong place. Also, the employees were operating with 3D models.

Suddenly my friend came out of the cabin with a tablet and a digital pen and started showing me the modals and architectural structures. He has strong connections with the designers of architectural visualization London. We saw several amazing creations of digital art and 3D models that resembled exactly real buildings.

“Using the software, graphics and mathematical equations, the realistic assembly of architectures, animations and games result from the application of advanced technologies are known as 3D ARCHITECTURAL VISUALIZATION.”

By this, I became deadly clear about the rise of technology even in architecture industries by eliminating the use of A1 or A2 sheets and grabbing the hands of Digital opportunities.

This is what I call the Revolutionary change of construction organizations from Paper to Paperless.

Let’s discuss it in detail, lock your seats and hold a cup of Green* Tea, cause why not? It is an urgency of a strong immunity as well as learning.

How The Paperwork Was Initiated?

In ancient times, when paper was not invented; people used to draw on papyrus, parchment and vellum with stylus and sharp-edged tools to make art. These techniques were used for over two millenniums.

The Truth Behind The Invention Of Paper By Chinese Court Official

After this, the Chinese made creditable utilization of bamboo and silk until they faced the problem of expensive silk and heavy bamboo.

Generally, we can see that the people have already been moved from writing and drawing on the animal’s skin to natural gifted objects such as leaves and trees.

In 105 AD a man named Cai Lun, formally Romanized as Ts’ai Lane, who was a Chinese Court official of the Eastern Han Dynasty invented paper and the modern papermaking process.

Since then, the world went under the influence of paper and sheets made out of wood, plants and other trees. The inventions have been modifying day by day to improve the quality of papers.

What Were The Problems With The Paperwork Stored On Notebooks And Scrolls?

Paperwork, no doubt had worked wonders in early ages by replacing harsh animal skin-based materials. Drawing hands-on paper is an important way of observing things and reality from a closer view. While by sketching, an artist can notice, feel and experience the things that are hard to think of by an ordinary individual.

“A Drawing can capture people’s attention, win an argument, and describe the indescribable.”

Drawing on sheets has its worthy benefits that cannot be neglected. However, viewing from the eye of architecture the paper can harm the business and drawings in a long run.

Some of the reasons why industries felt a need for 3D architecture visualizations over paperwork are given below.

Wood-based paper and sheets deteriorate over time. All the time and efforts of the designer went vanished by even a small damaged portion of a sheet. Also, the realistic outputs and thoughts were unable to deliver by the developer.

The climate variations affect the texture of the papers which results in bad conditions of the data stored on them. There’s no promise of security of designs made on papers. Even a drop of liquid is enough for finishing an expensive deal.

Paper Can Be Corroded

Paper manufacturing includes various chemicals that oxidized and damage the paper. Corrosion built on papers makes it hard to observe the details. As there was a risk of melting ink and deforming; paperwork needed to be replaced crucially by designing and architectural industries.

For dealing with tones of sheets, a company has to invest in printers, photo state machines and much other costly hardware that takes larger and open space.

Thus, it leads to spending more and more money and less effective output and made designers think of eliminating the paper working.

Making models and 3D structures on papers were nearly impossible for a novas designer. Here, they felt the need for technology in the field of construction work. Many free and automated software is available to ease the designing for a newbie.

The Evolution Of Paperless Architectural Drawings

2Ist Century, being the age of computers has been making the humans’ jaw-dropping back to back by its evolutionary inventions not only in the field of Science and Technology but almost everywhere.

With the inventions of the computer and advanced software, the architect business instantly keeps on growing and increasing productivity. People saw technology as a great opportunity for designing architectural visualization and 3d models.

In the early 1990s, business-oriented software was good enough to work with until the modern 21st century came. It forces software developers to improve the vulnerability and performance of graphics because the demands for structural and construction designs were rising at the peak level.

All these efforts made a praiseworthy coding of computer graphics that can now design realistic and visual 3d models, architectural visualizations and many more 3d rendering services.

How Does It Feel Like Making Architectural Working Drawings Digitally?

If you visit an architecture office today, you will find that most designers use 3D architecture visualizations. Now, they hold laptops, iPod, tablets rather than books, sheets and a collection of drawing paper. Is not it FUN, working totally with digital tools?

“PAPERLESS ARCHITECTURE IS PURELY A WORK OF ART”

From the very beginning of the 21st Century, builders, designers and contractors all over the world started realizing the need for quick, versatile, eco-friendly, a cost-effective and highly productive way of making architecture drawings and architecture visualizations.

You can study the further given major benefits of working paperless in construction and rendering industries!

Paperless Methods Are Simple And Precise To Use

With computer-based applications, you can make presentations easily by simply touching the screen with your brittle fingers and the results you get will be amazingly accurate. The software has already programmed in a way to overcome mistakes by implementing mathematical and scientific calculations.

You Can Add Whatever You Want At Any Time

Can you imagine how amazing it is to lift the things from the screen and place them as per your wish? You can scribble the things in and out; edit the colours, textures, dimensions, lighting and accessories designed for the interior and exterior of a building. Changes can be easily carried out by a single movement, even without using the ink of a pen and the fear of losing the data trail.

This process is completely versatile. I mean, think about designing your dream buildings sitting in a park, travelling in a city subway, going to the gym or even lying on your couch. Anyone can count on graphics software for any amazing colours, opacities and visual effects.

During the times when paper and sheets were used to make sketches, it took hours to draw customer demands. Whereas, with digital art, you can quickly illustrate the thoughts and ideas on the screen of your phone. Any required changes can be made at a time, which results in gaining the trust and authenticity of a client.

Best Architecture Drawings Software Every Architect Must Have In 2021

Software used in digital designing automates the process by advanced features. Choosing accurate and suitable software directly influences your work. Each software has something unique to offer.

Best Software You Can Choose For Architectural Working Drawings

In the era of technology, 5D is already on the way and that’s only the beginning. The paperless studios are flip-flopping and will continue to furnish the world with the visualization of its extremely good services.

A lot of people say that technology has overtaken the real art and culture of drawing with hands that I think is pointless.

Thanks to the paperless architectural drawings and brilliant software accelerated the rendering and construction industries. Now, we can say, “Paperless Architecture working drawings will rule the world!”

Get Impactful, detailed and authentic 3D renders to make your designs resonate with client`s expectations and needs. Partner with us for fully integrated rendering services that make you stand above your competitors!

Our Professional Team is just a call away!